This book tells the narrative of the life and creative work of the great Bulgarian and the great artist, the master of the ‘soft’ sculpture, Prof. Marin Varbanov, who produced his works in Bulgaria, Australia, China, as well as Paris and New York… His name became a symbol of the renewal of the art of textile in the 1960s and 1970s in Bulgaria and beyond. He brought Bulgarian art of textile in the global processes that brought about not only the renewal of the art of textile but the plastic art as a whole. The school he established guided and taught many students on three continents: Europe, Australia and Asia. Marin Varbanov was also a teacher – he taught his pupils (most of whom today also teach) to think in vanguard ways, globally, universally, and to materialize their ideas into powerfully influencing, large-scale plastic images. 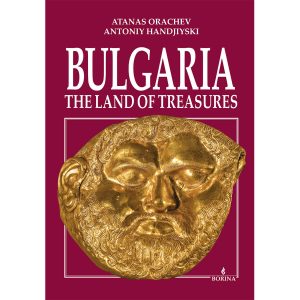 BULGARIA – THE LAND OF TREASURES – IN ENGLISH

ARBANASI AND THE CATHEDRAL ‘NATIVITY’

THE ANCIENT BRONZE FROM BULGARIA